Yes, we’re still at it. Or rather Peder is. He digs and digs, and then does his back in, and I fix him coffee, fetch him aspirin and heat packs, and he continues to buy plants and dig holes … because he’s a Dane, and Danes are as tough as weather.

So, one day my friend, Barbara (who shall remain only half-named), told me about a sweet leaf geranium that sounded heavenly. Brilliant, I thought, and so I dragged Peder off on a hunt to find one. And we did. Find one. It is a pink blossom, lemon scented, sweet leaf geranium. But we didn’t stop there, because Peder’s a Dane with Viking DNA in him, and he just keeps sailing along until his rudder stops him. We bought more plants. These are smaller, meaning smaller holes and less aspirin required. Unfortunately, he also bought some rather large-ish bushes (mostly boxus) for planting at the top of the brick wall. Those are still in their pots, where I think they’ll stay until Peder’s back says ‘go for it’.

This image is clickable, should you wish to view a larger version of it (meaning it’s easier to read). 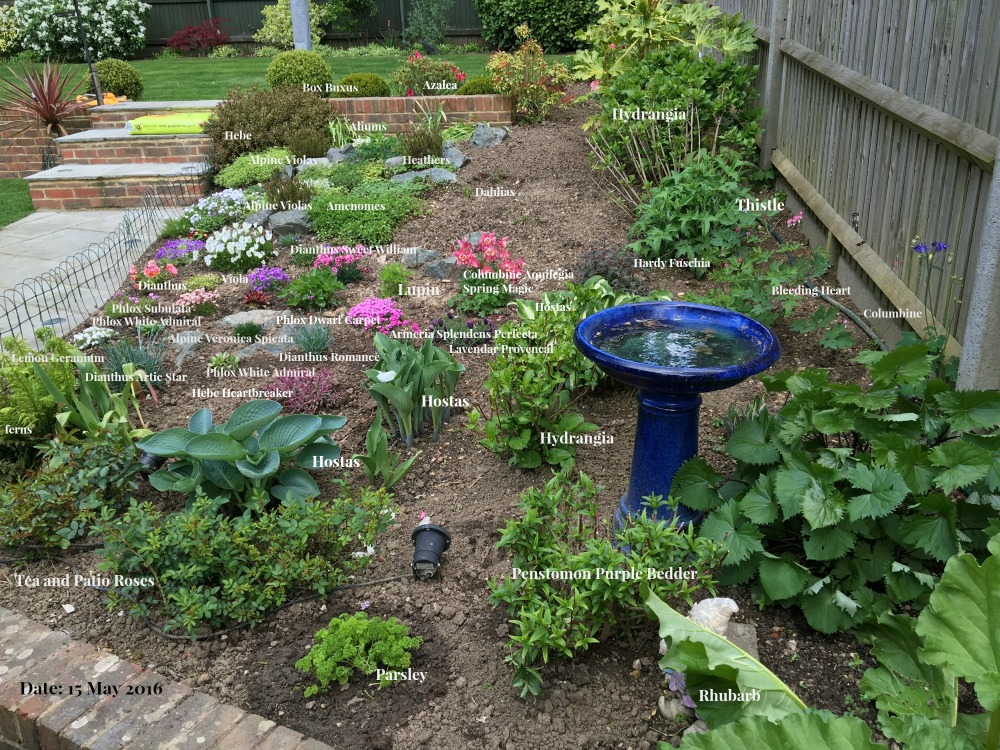 Weather:  cool nights, perfect for sleeping, warmish days so the plants are growing like maniacs. Very little rain this month, so we’ve had to water-in the new plants for give them a fighting chase against the hot summer (as if) to come.